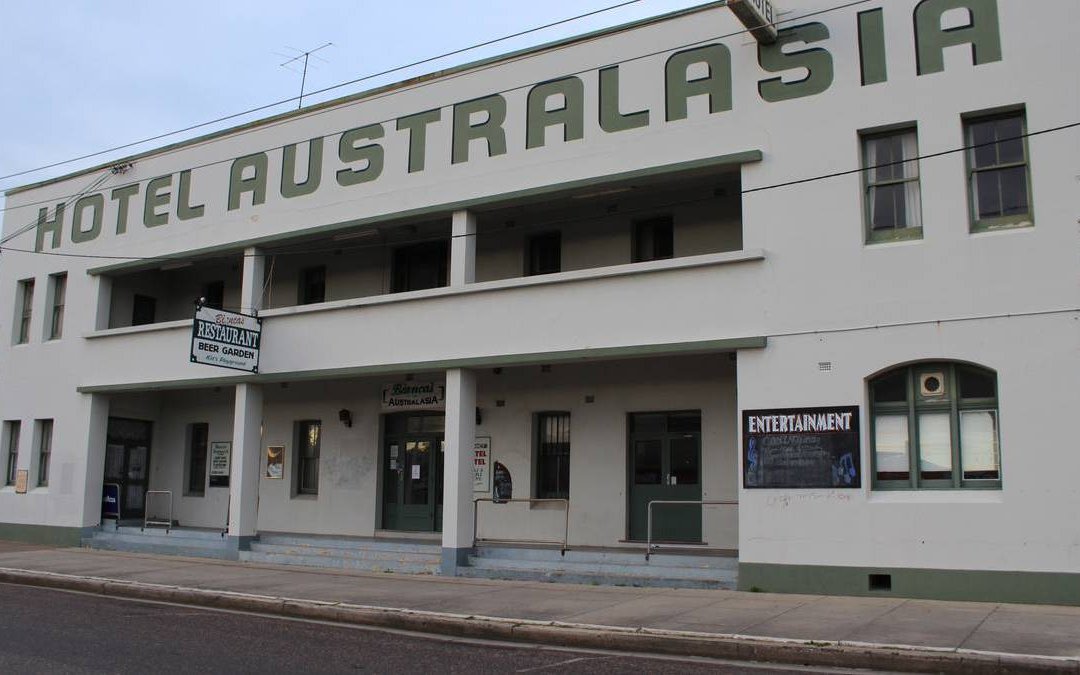 Work has begun on the old Australasia Hotel site. Rankin Builders have brought the site from Council and began working to restore the building to its former glory.

Council has ensured that the facade will be retained and Neil Rankin from Rankin Builders has said that he is working to retain as much of the old features of the building as possible.

The structure of the building was so well built with steel beams from England when it was built in 1905 and opened in January 1906. The hotel closed down 10 years ago and has suffered vandalism but this is all cosmetic –Neil said.

There has been many enquiring about rental space of the development. So watch this space – we are all looking forward to seeing this grand old building coming back to life and it will once again be front and centre in the centre of town in all its former glory.