The Port of Eden is equidistant from Sydney and Melbourne, located approximately 40km from the Victorian border. It is the third-deepest natural harbour in the Southern Hemisphere, making it ideal for large vessels. This working port is also a premier location for whale watching, an emerging cruise destination and home port to one of the largest fishing fleets in NSW. Snug Cove is also a popular refuge for yachts. 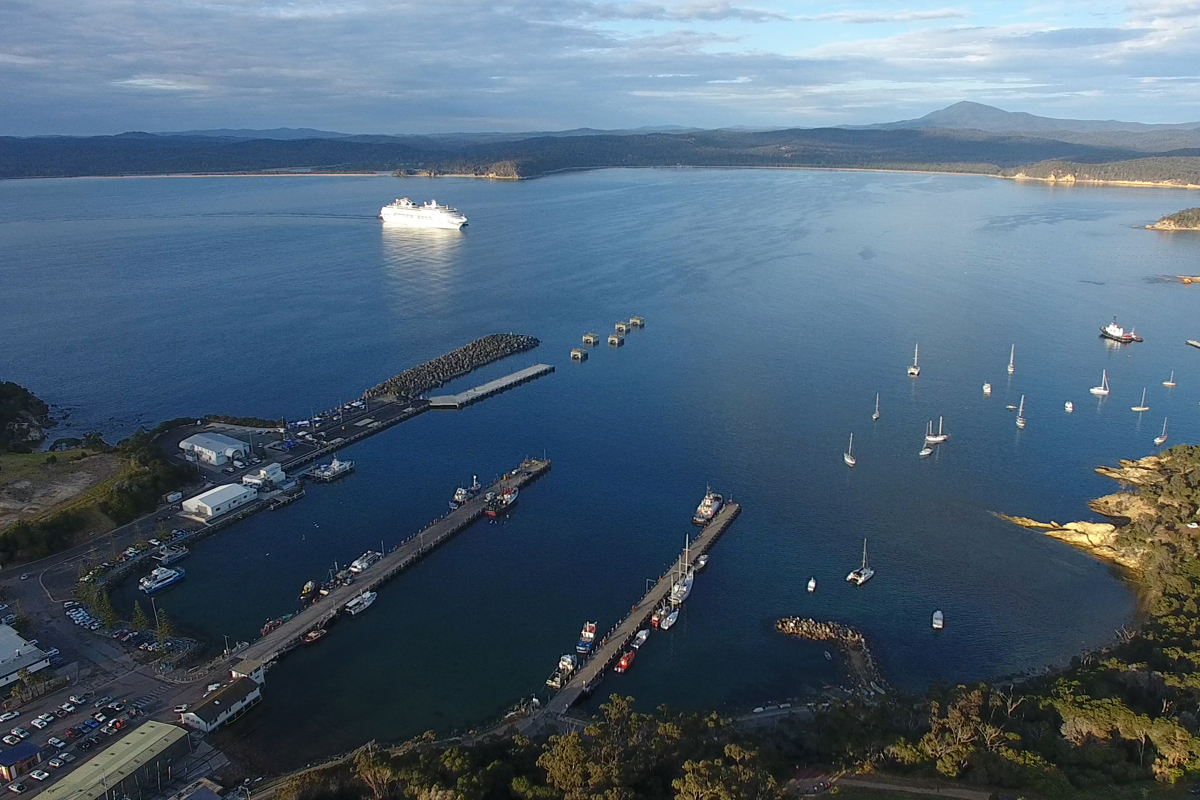 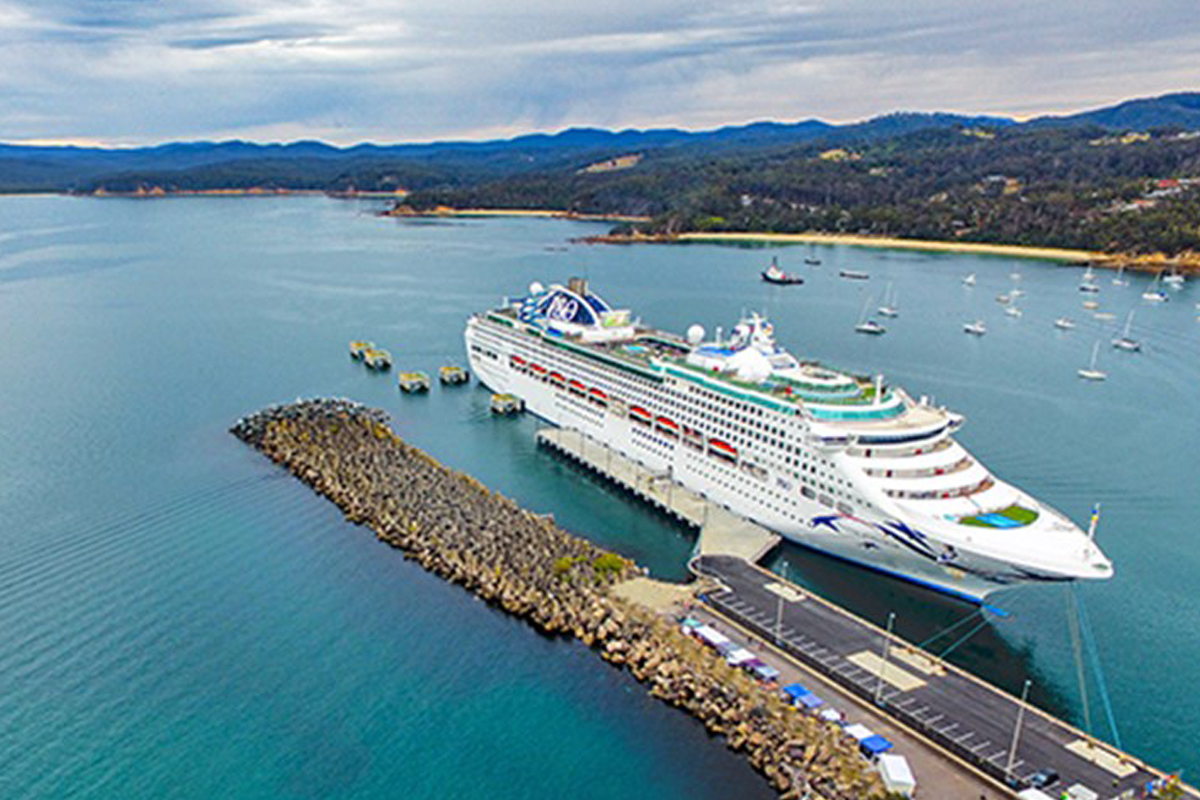 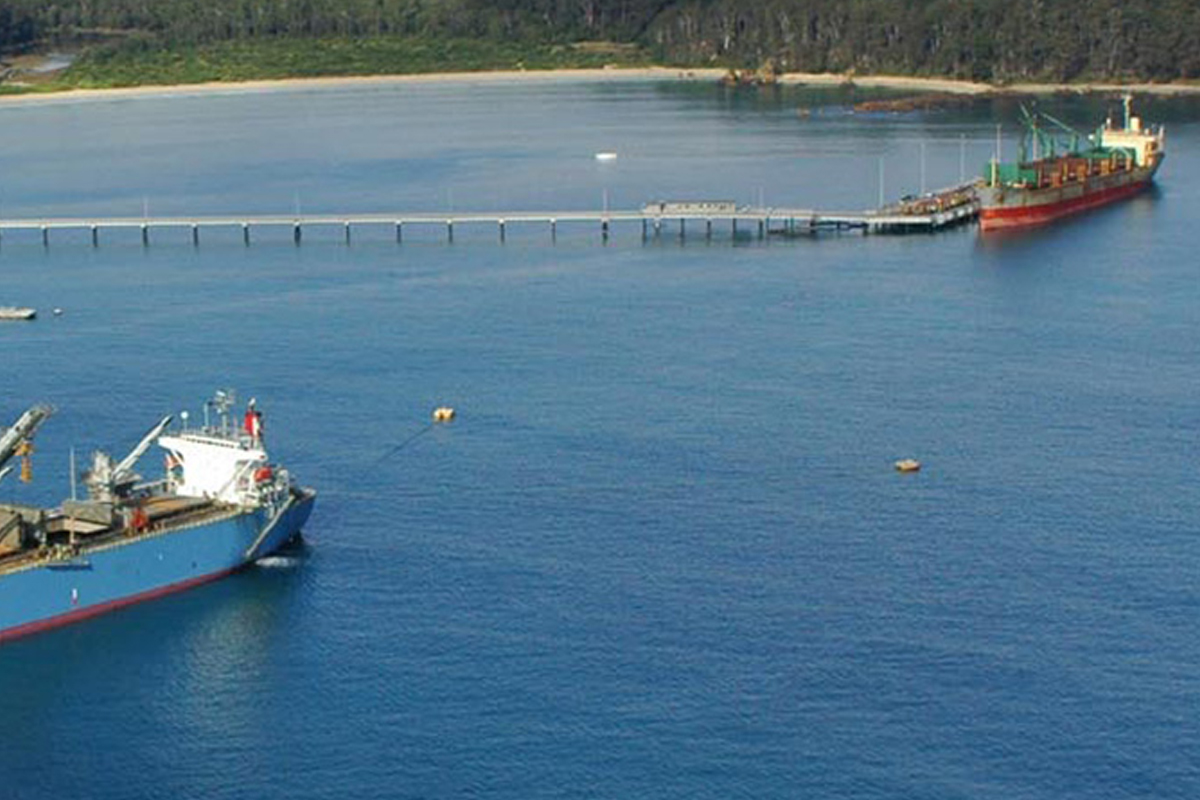 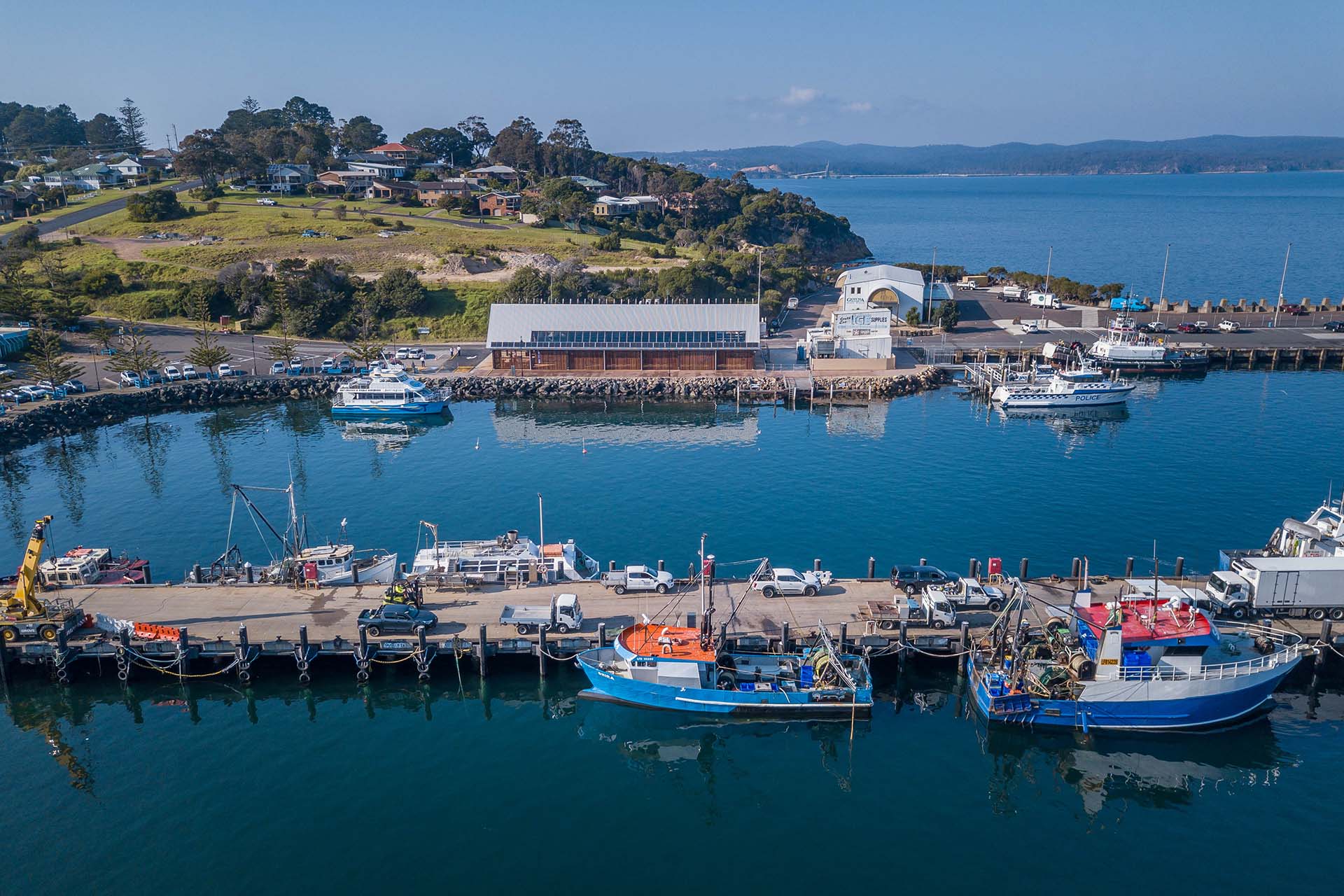 SNUG COVE
Set in a working port under the shadow of Balawan (Mount Imlay) Snug Cove harbours a fleet of fishing boats, tugboats, charter and recreational vessels. Wander the wharves and you’ll see boats come and go, the day’s catch being unloaded and fishermen working on their nets and tending to their boats.

You can purchase fresh local fish and other seafood from Southland Fish Supplies just across from the wharf area, and pick up award-winning smoked seafood at the Eden Smokehouse on the hill overlooking Snug Cove. If you’re lucky you might catch the local prawn trawler unloading and be able to buy local school prawns (in season) straight off the boat.

MULTI-PURPOSE WHARF
Commissioned in October 2003, the concrete wharf — 200m long and 30m wide — was designed to accommodate softwood exports, cargo, naval deammunitioning and cruise ship visits. When it’s not being used for commercial activities, divers and fishermen make good use of this part of the bay. You can dive down to see weedy sea dragons and harvest mussels, or catch fish such as snapper and morwong. The wharf is surrounded by the Ben Boyd National Park.

HISTORY OF THE PORT
The Port of Eden has welcomed many prominent maritime arrivals since the late 18th century, playing a key role in shaping the identity of this seaside town. Head to Our Maritime History page to discover some of the fascinating tales of Eden’s most famous and interesting ships, seafarers and exploits.