For some time after European settlement, steamships were operated by small companies and individuals along the NSW south coast linking Eden and Twofold Bay with other centres through to Sydney and beyond. However, when it became clear that competition was too great, an agreement was reached and in 1858 the Illawarra Steam Navigation Company (ISN Co.) was formed, amalgamating three existing businesses. The company would go on to play a significant role in the development of the region.

After the merger, the company had a fleet of at least three vessels and more were added soon after, eventually numbering more than twenty by the time the enterprise was wound up almost a century later. Of the various steamers that serviced the Eden port, the S.S. Merimbula was the most notable, both in facilities and size. Built in 1909 in Scotland, the vessel measured 64 metres in length and was 9.75 metres at the beam. It was the first steamer to boast deck cabins, a music room and other worldly comforts not before seen on the far south coast.

Wharves were built in response to the fleet’s movements and regular services were provided to all major ports from Sydney to Twofold Bay, including at various times Wollongong, the Shoalhaven River, Kiama, Gerringong, Ulladulla, Batemans Bay, Nelligen, Narooma, Broulee, Bermagui, Tathra and Merimbula. Moruya and Wagonga were also added when minor gold rushes in their respective areas created demand. Either by negotiating with or taking over potential competitors, the company managed to retain a near monopoly on the trade for almost a century.

The reliable and regular shipping service provided by ISN Co proved instrumental in the economic development of far south coast centres such as Eden and Twofold Bay. The vessels delivered most of the necessities that couldn’t be produced locally, and also provided the necessary link with markets for a range of local produce including wool and hides, cedar, wattle bark, sleepers and other timber products, agricultural and pastoral goods including wheat, maize, oats, barley, potatoes, fruit, eggs, butter and cheese, bacon, fish and oysters as well as livestock such as cattle, horses, sheep, poultry and pigs. And it was because of the countless thousands of squealing pigs shipped over the years that the firm came to be known as the “Pig and Whistle Line”, a name that referred to the warning blast of ship’s whistle announcing to handlers and passengers the vessel’s imminent arrival or departure – because, it was claimed, the ships would wait an hour for a pig, but not a moment for a passenger.

The company was incorporated in 1904 to become the Illawarra and South Coast Steam Navigation Company (ISCSN Co) and by 1905, the line was linking Eden by regular steam communication not only with other south coast ports but also Sydney, Launceston and Hobart in Tasmania and New Zealand.

In 1928, the S.S. Merimbula ran aground on rocks near Currarong, after encountering large swell and severe weather. Its 33 crew members and 13 passengers all made it safely to shore, under the instruction of Captain T O’Conner. The wrecked vessel was sold at auction just six days later, fetching 300 pounds, some number less than the 60,000 pounds it was once valued at. The loss of the S.S. Merimbula did not go without consequence, virtually spelling the end of passenger services along the south coast run.

The ISCSNN Co continued to operate until after WWII, but although in a sound financial state, a number of factors including increased competition from road and rail transport, waterfront disputes, rising costs and the post war expense of replacing ships all combined to bring about its demise. In 1950, it went into voluntary liquidation and in 1955 was delisted from the Australian Stock Exchange. 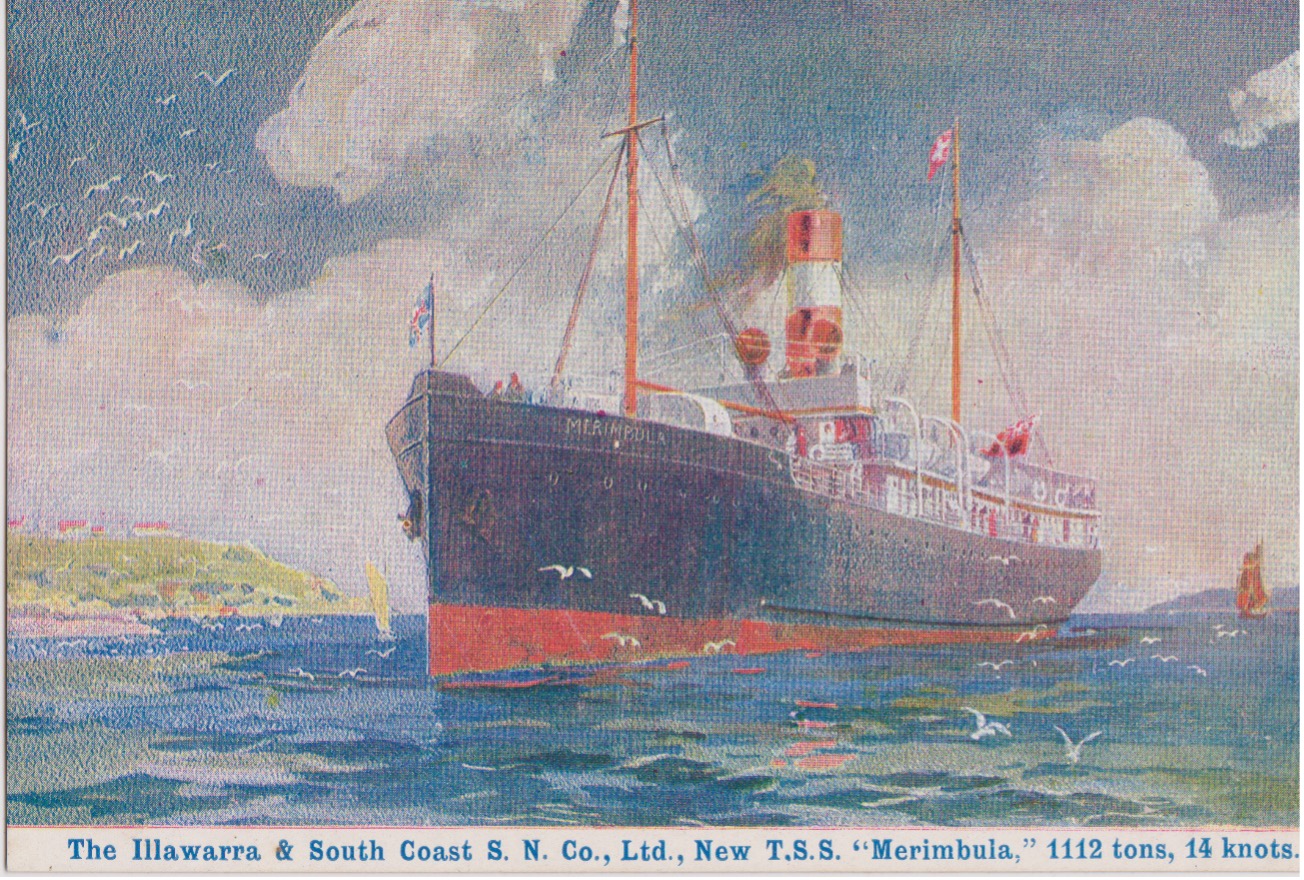 Above: Postcard for the Illawarra and South Coast Steam Navigation Company’s steamer SS Merimbula.  From the George Family Collection. 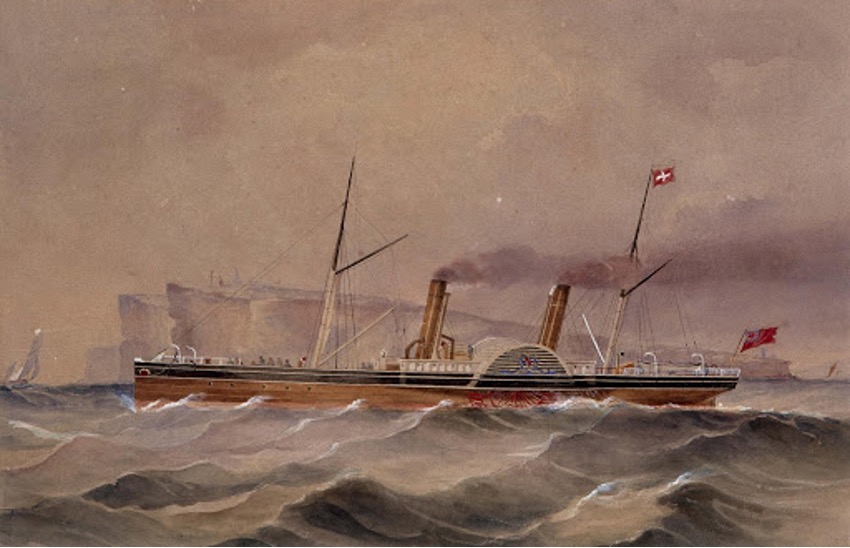 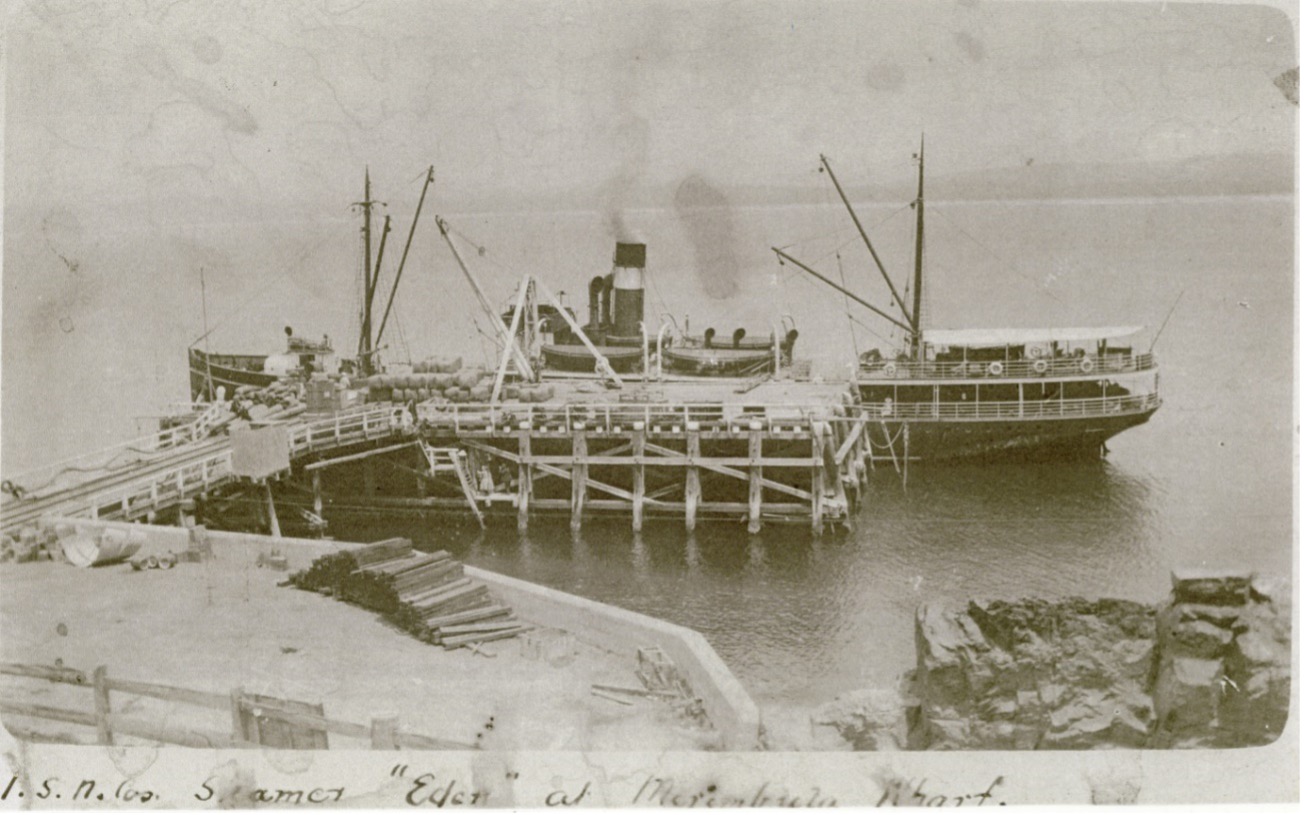 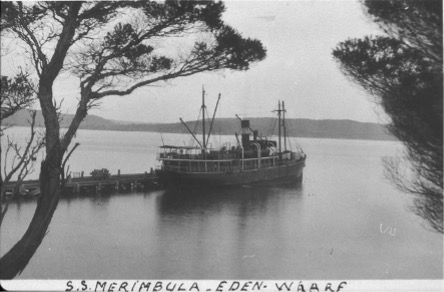 Above right: The Illawarra and South Coast Steam Navigation Company’s steamer SS Merimbula at Eden Wharf, C. 1930. From the collection of the State Library of NSW.