Despite the obvious presence of commercially valuable whale species along the Australian coastline, it was not until after the removal of the heavy duties on colonial oil entering Britain in 1823 that the whaling industry rose to a position of importance in New South Wales and Van Diemen’s Land (Tasmania).

The elimination of these levies stimulated growth in the industry, and whale products became the largest grossing Australian export until 1833, when it was displaced by wool. Industry and households depended on the oil, baleen, bone and other materials necessary for lamp oil and candles, perfume and soaps, whips and riding crops, buttons, umbrellas, hooped skirts, bustles and corsets, brooms, brushes, bike tyres, fertiliser and gelatine.

With the industry occupying such a significant spot in the world’s economy, enterprising colonists wasted little time focusing on the trade. And so it was that mariner, merchant and entrepreneur Thomas Raine moved to capitalise on whaling ground at Twofold Bay. In 1828, Raine sent a party of 25 to Twofold Bay aboard small colonial vessel Darling, to establish Australia’s first shore based whaling station.

Just two months later, Captain Bennett left Twofold Bay aboard the brig Ann, with cargo of whale oil and bone, followed by the Darling in August with another sixteen tones of black whale oil, with a further eighty tons awaiting shipment along with twenty tons of whale fins.

Proving highly lucrative, others soon followed Raine’s venture and for the succeeding decade, Twofold Bay was rarely without whaling vessels either at anchor or engaged in loading or discharging operations. These included the three Scottish Imlay Brothers, Benjamin Boyd and William Walker and Co.

In the wake of Raine and the Imlay brothers, Twofold Bay attracted numerous other whaling parties, but it was during the 1850s that perhaps the most significant of them all entered the industry.

Alexander Davidson and his family had been living at Kiah since his former employer, Benjamin Boyd, instructed him to build a home. After acquiring whaling gear from Boyd’s bankrupt estate and purchasing a number of open boats, Davidson established the shore station that his family continued to operate for a period of around 70 years until the 1920s, making it longest running of its type in Australia.

Davidson and his sons reportedly rebuilt an old station previously used by whalers such as Otaheiti Bill, utilising some of the infrastructure and equipment at the mouth of the Kiah River, adding boatsheds and tryworks to allow the catch to be drawn up the beach for processing.

Alexander built the family home, “Kiah House”, using the timbers and other materials from the Lawrence Frost, shipwrecked in Tarargo Point in 1856. His son John eventually took over, and by the end of the 1800s, John’s son George was running the enterprise. Around 1896 George built a small cottage, “Loch Garra”, on the bank above the try works where he and his wife Sara lived with their children. The couple remained there until the 1940s when they moved to Eden.

A truly family operated business, three generations and twenty-one male members of the Davidson clan were involved in the Twofold Bay whaling industry. And, from the earliest of years, Indigenous whalers also formed a vital and valued part of their workforce. It was probably because of this friendly and lengthy association with the local Aboriginal people that the Davidsons also developed a close relationship with the pods of killer whales (orcas) that frequented the bay.

For hundreds of years across many generations, the local Aboriginal people had revered the “beowas”, making food offerings and calling them by slapping the water. Later, the Davidsons adopted a reward system known as “The Law of the Tongue”, always allowing their orca partners unfettered access to the lips and tongue of captured whales before towing it to their Kiah whaling station. It is likely that this played a significant part in the reason why the killers continued to work almost exclusively with the Davidsons over so many years.

Over seven decades, the Davidson family fostered this close relationship that saw members of the pod breech and “flop tail” in front of the whaling station to announce the presence of whales. The killers would continue to harass the unfortunate prey, throwing themselves over its blowhole and snapping at its body while the whalers lined up the harpoon. So valued were the killers considered by the Davidson family that they chose to retain the dangerous, backbreaking old fashioned techniques of oared craft and hand harpoons rather than adopting the noisy modern technology of motor boats and bomb guns that distressed the killers.

The killers reportedly recognised the Davidson’s green coloured boats as well the individual whalers themselves and during a chase, would remain in close proximity, the whalers believing that, in the event of a capsize, they would be protected from the sharks that usually followed. On occasions when the killers became entangled in ropes and other equipment, the whalers would undertake rescue operations to cut them free. Perhaps one of the most intriguing examples of this close attachment was the behaviour of Old Tom after the 1926 drowning of Jack Davidson and two of his children. Although a search of the area over more than a week failed to locate Jack’s body, Tom continued to swim over one particular area – and it was there that Jack’s remains were eventually found.

A seasonal occupation lasting from about June until November, whales were actively hunted until about the first decade of the 20th century. After that, demand declined significantly as alternatives for whale products were developed so it became an opportunistic undertaking, with no regular watch maintained and scratch crews made up when occasion offered.

When whaling ceased at Twofold Bay in 1929, Davidson’s station was the last of its kind in Australia. 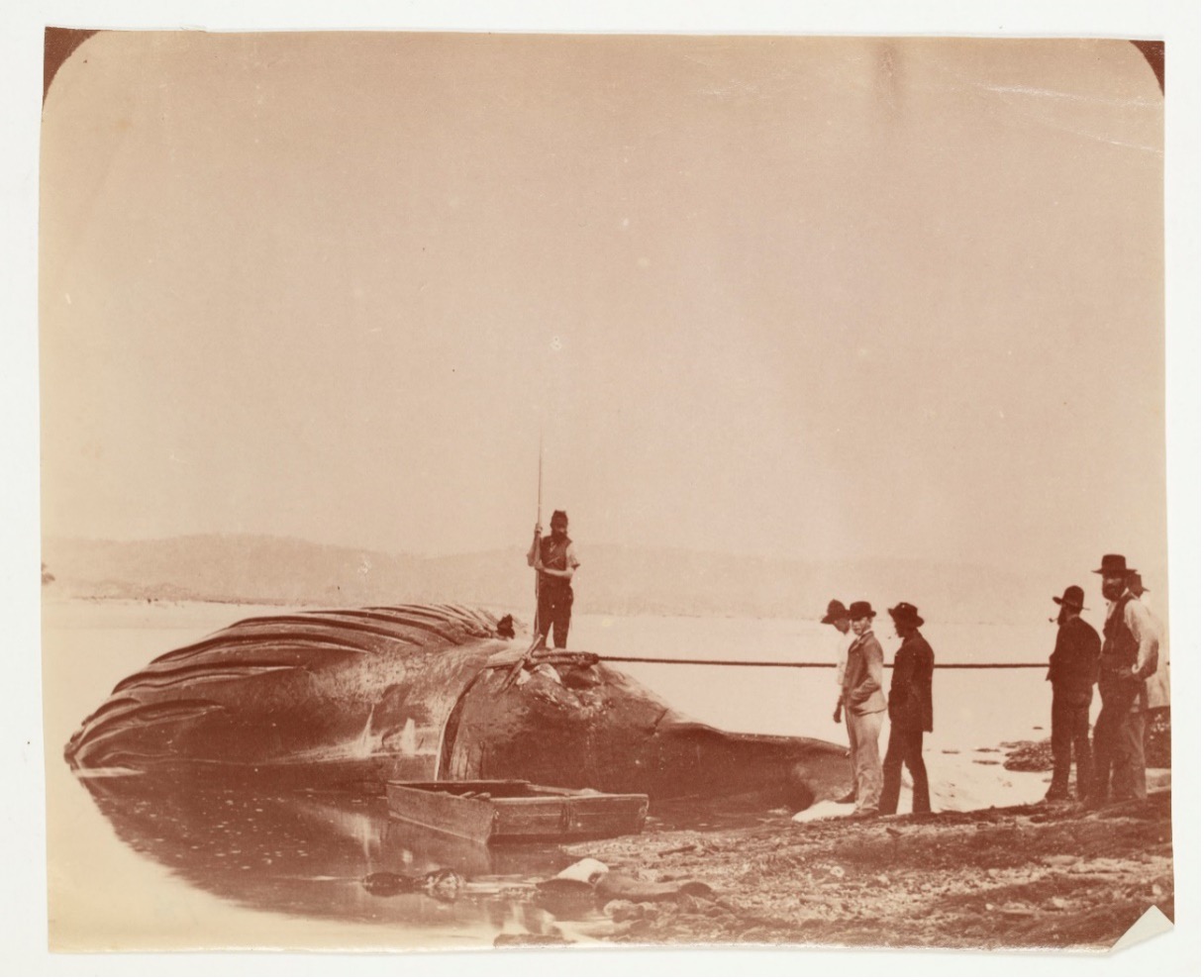 Above: Whaling, Twofold Bay, photograph by H. Dixson, 1887-8. From the collection of the State Library of NSW 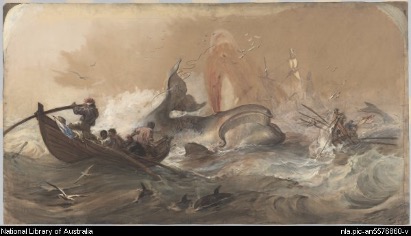 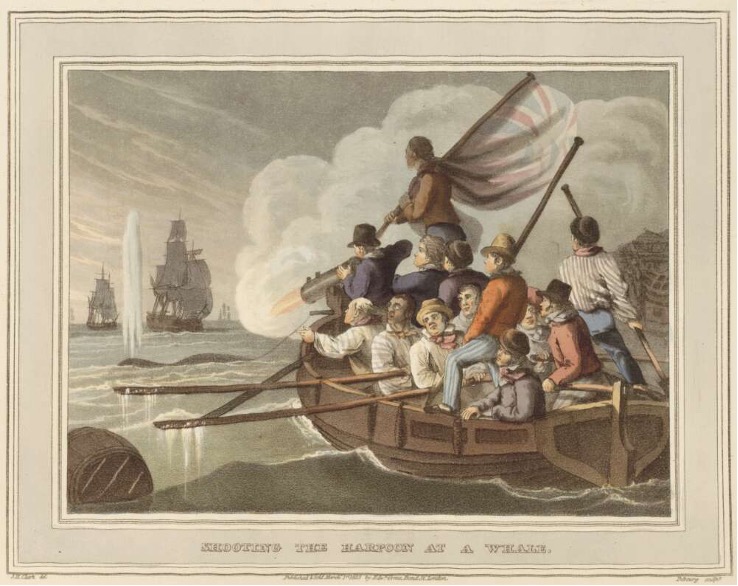 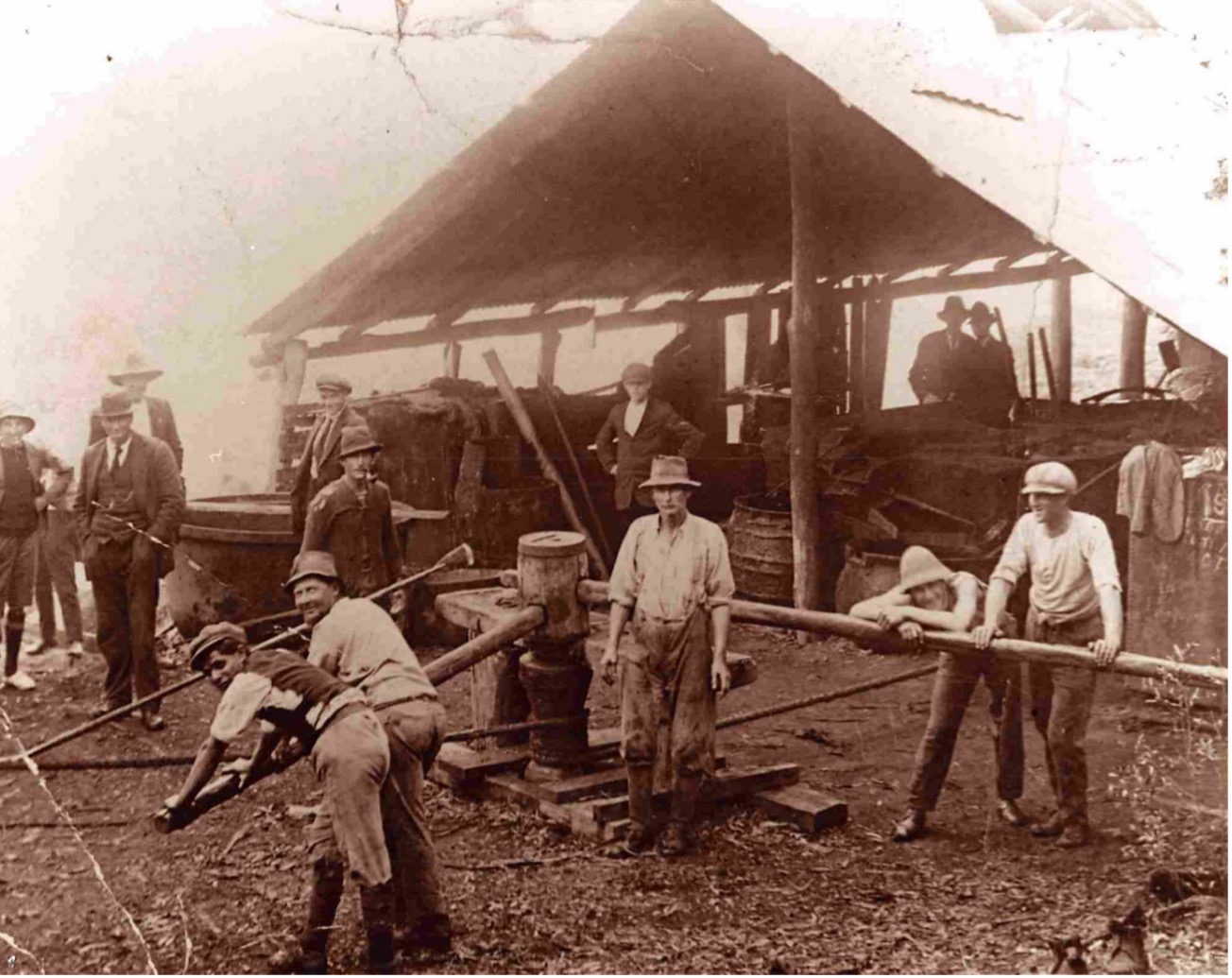 Above left: ‘The Death Flurry’, watercolour painting by Oswald Brierly, C. 1865. From the collection of the National Library of Australia.

Above centre: ‘Shooting the harpoon at a whale’, hand coloured engraving by J. H. Clarke and M. Dubourg, C. 1813. From the collection of the National Library of Australia.