Hearing of the potential of the harbour and adjacent hinterland, Peter Imlay had his chartered schooner Elizabeth call in at Twofold Bay en route from Launceston to Sydney in September 1832. Noting the presence of whales, the existing shore based whaling activities and the agricultural promise of the surrounding land, he wasted little time moving to establish a presence in the largely untouched part of the New South Wales colony.

In partnership with his brothers George and Alexander, they commenced a shore based whaling venture before the close of 1832. They established a station in Snug Cove, where a cottage, store, bark huts and a tryworks were erected along with a wooden pier, blubber hoisting tripod and a walkway paved with the circular plates of whale vertebrae. On the other side of the bay at a spot later known as East Boyd, another station was manned almost entirely by Indigenous whalers. Lookouts were also set up at Mowarry Point and Bittangabee Bay, with a stone house commenced at the latter.

The brothers had up to five open whale boats operating around the bay, taking two or three whales a day at the height of the season, and by 1837, they were counted as one of the colony’s six leading producers of whale goods.

Noting the bay’s wide extent and safe anchorages, the enterprising trio also recognised the port’s outstanding opportunities as an outlet for agricultural and pastoral produce from the vast tracts of fertile hinterland surrounding. To that end, they founded squatting runs that eventually stretched from beyond the Victorian border north through Bega and Cobargo to Broulee and west to the mountain escarpment. By 1844, their local holdings encompassed around 1,500 square miles upon which they employed more than one hundred people.

Running livestock and planting crops, they established a crucial maritime export trade with Hobart and Launceston in Van Diemen’s Land (Tasmania), South Australia and New Zealand, as well as Sydney, using both their own vessels as well as those of others to transport the output. Amongst the goods they shipped from Twofold Bay were livestock including cattle, sheep and horses; beef, mutton hams, salted meat, pork and bacon; wool, hides, tallow, bone and neats foot oil; grain including wheat, barley, oats and maize; potatoes, butter, cheese and tannin from wattle bark; as well as whale bone and oil.

As an adjunct to this, they also embarked on a ship building enterprise at Twofold Bay, where vessels such as the Defiance, Agnes, Ellen and Margaret were constructed.

Unlike many others of the era, the Imlays were able survive financially well into the 1840s depression thanks to their enormous and diversified activities, but by 1844 the brothers were so deeply indebted to the Sydney merchant firm of William Walker and Co that they were forced to surrender the majority of their local holdings. 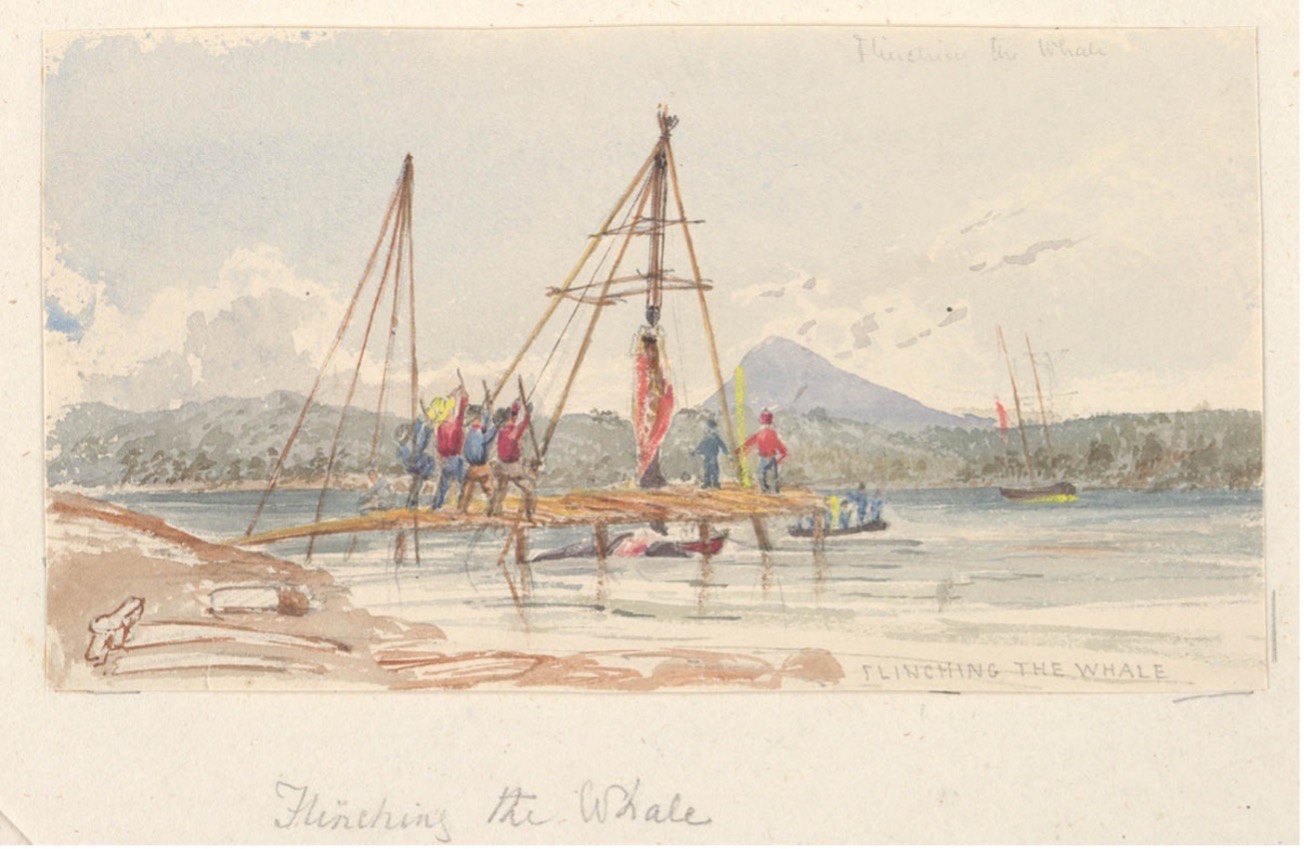 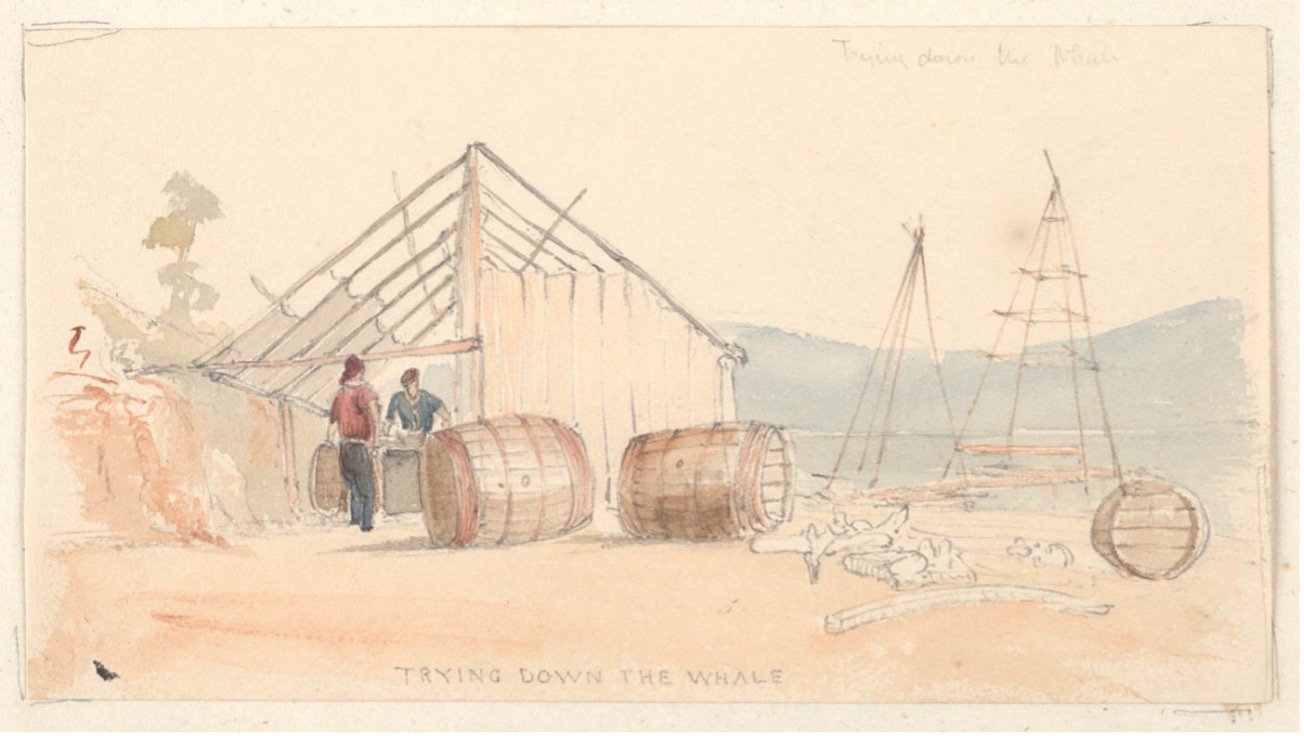 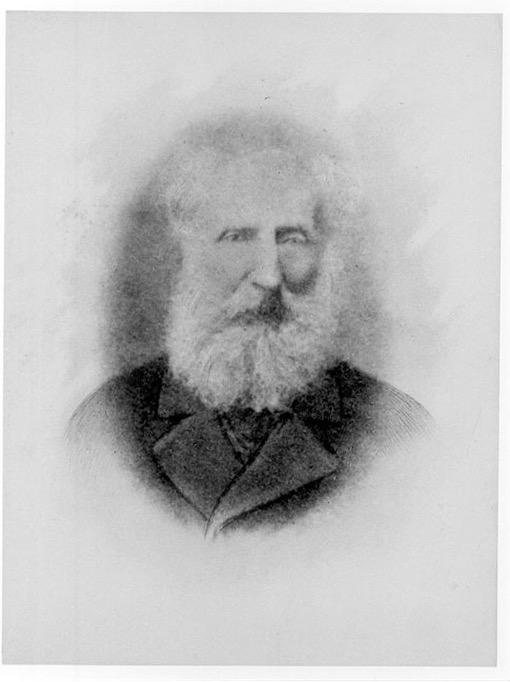 Above left: ‘Flinching the whale’, watercolour, by Owen Stanley, in his Voyage of HMS Rattlesnake Vol. I, C. 1840s. According the Rene Davidson in Whalemen of Twofold Bay the site would probably be Imlay’s whaling station at Snug Cove as Mount Imlay is depicted in the background. From the collection of the State Library of NSW.

Above centre: ‘Trying down the whale’, watercolour by Owen Stanley in his Voyage of HMS Rattlesnake
Vol. I, C. 1840s. From the collection of the State Library of NSW.

Above right: Peter Imlay. From the collection of the State Library of NSW.